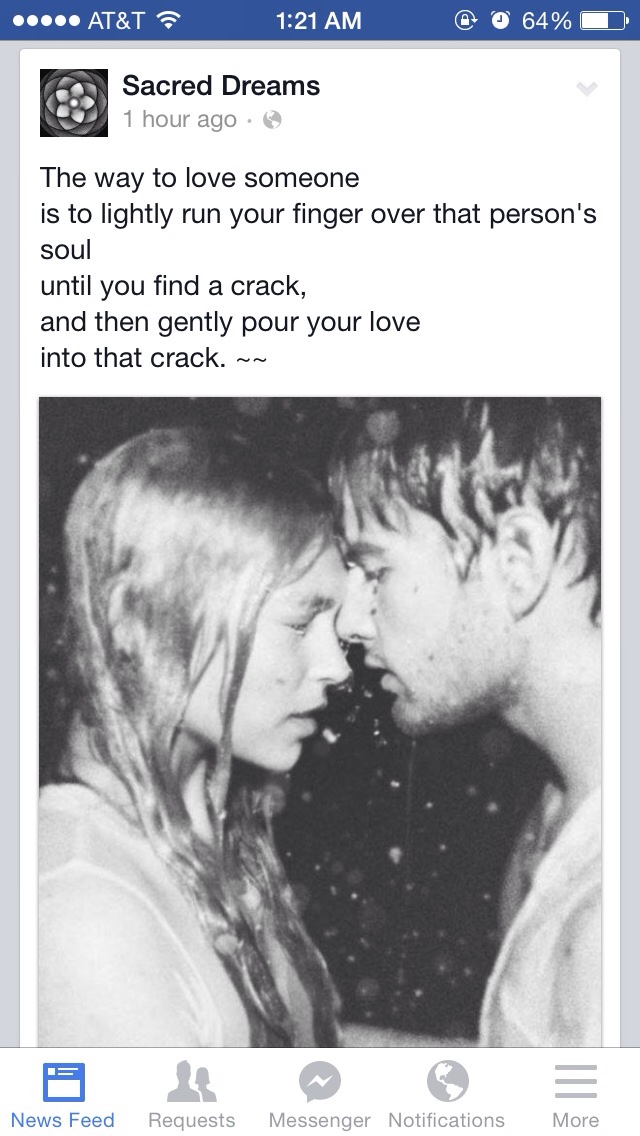 Now that life has returned to a slower pace, I have started to unpack the learnings from 2017.

I am slowly beginning to see where my insecurities are because for the most part, they remain hidden deep within us, until triggered by specific situations and often through a specific someone.

A few months ago, I was planning a dinner with some friends and I had invited Rahul to join us.

Rahul initially said he’ll be able to attend, but a few days later alerted me that he may go see a movie with some other friends on the same night.

“I don’t mind if you can’t come, but I don’t want to be your second choice.”

My mind prematurely created a connection between this moment and past situations where I was someone’s second (or last) priority.

I grew up with a younger, physically disabled brother whose needs demanded more time and attention from my parents. Naturally, there were many instances when my needs were overlooked, and this created a pattern of inconsistency, uncertainty, and disappointment.

My family’s situation and my experiences as a child are not unique; instead, it is very typical of families coping with similar situations.

However, children need a high level of stability and predictability to develop into emotionally healthy adults. The unmet childhood needs resurface in adulthood causing chaos and confusion, particularly in intimate relationships.

My amygdala had sensed a familiar, yet stressful situation, and fired off a surge of neurons to activate an old, conditioned, fear-based response in my body to alert me of potential uncertainty and pain.

I saw these heuristics (mental shortcuts) operating in my mind and driving my response:

A short while later, I messaged Rahul:

“I’m so sorry that I assumed I’m your second option. Objectively, I may not be your second option. But that’s how I felt because it’s the way my mind perceived the situation. Thank you for being kind and patient and allowing me to work through this.”

All of this took place within a 30-minute window, which suggests that I’m getting better at recognizing my own patterns and attempting to change them for a healthier future. However, this requires that I remain aware of my insecurities and frequently question my reactions rather than the other person’s intentions. In order to do this, I’ve created a note on my iPhone to document a list of insecurities as they show up. This is what it looks like right now: 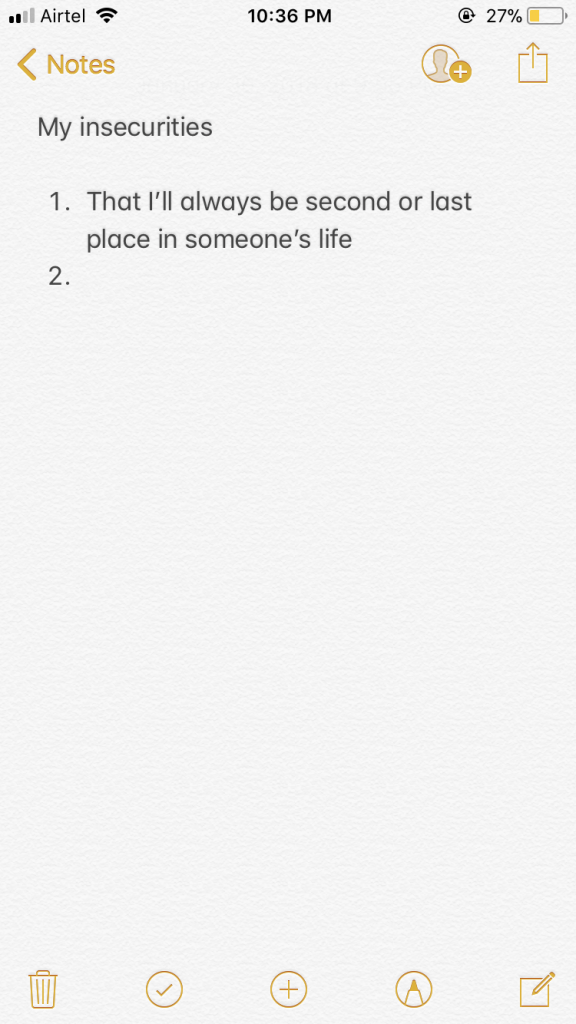 Alain de Botton, a contemporary bestselling author, says that we’re ready for love when we can accept that we’re all crazy and we have a good handle on our own craziness. This means early on in a relationship, two people would openly discuss their insecurities. How different would our world be if that’s how we started new relationships?!

The only caveat is that for this to happen, both people must reasonably know themselves.  And unfortunately, most people never take the time for self-intimacy.

If we start keeping track of our insecurities on our phones, maybe we’ll be more comfortable sharing them with a potential partner and inviting them to do the same.

PRINT THIS POST
PreviousAre You My Alma Mater?
NextIn Search of Home