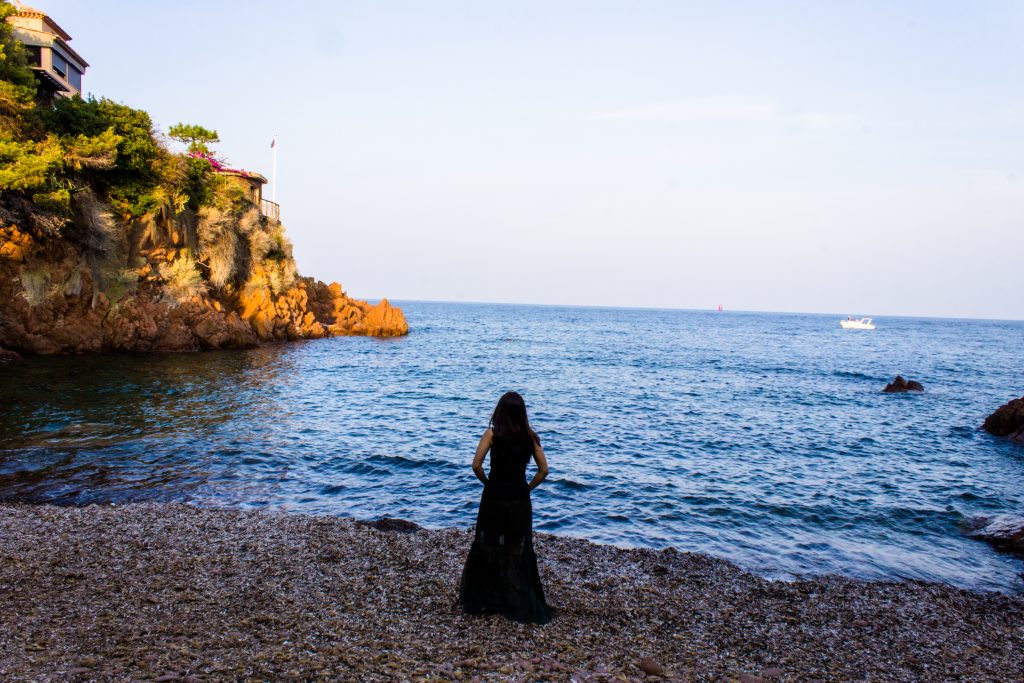 Time and Knowledge Nazrana: A Quest Through the Seven Valleys 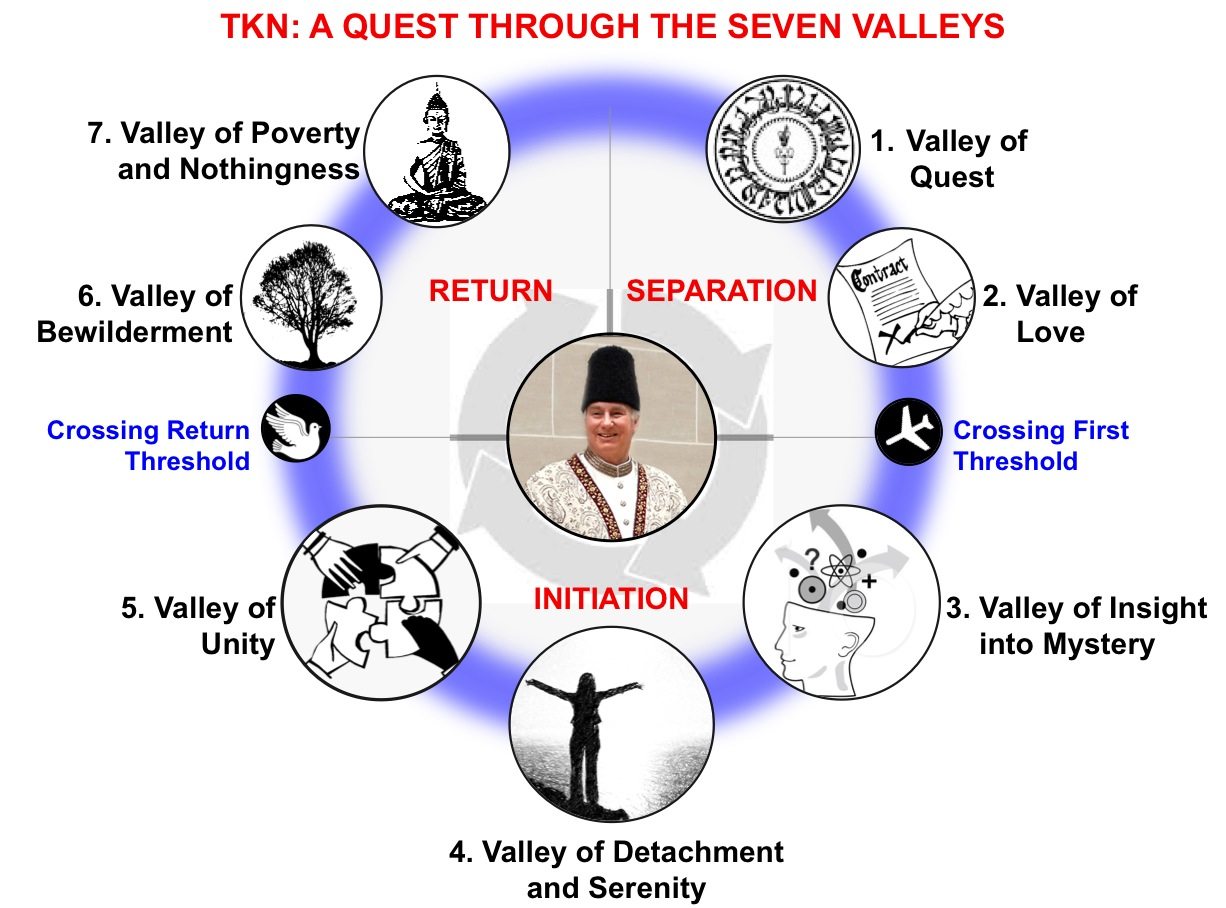 This post discusses the fulfillment of my Time and Knowledge Nazrana, but it is a very different kind of post. Here, you will not find the details of my TKN assignment, the numbers of hours I clocked, how I went about working in a new setting, or the resulting impact of my work. Instead, you will find the inner quest of a young, American-born Ismaili woman who was granted the gift of self-transformation.

My hope is to contribute towards a deeper understanding of TKN – that it is not simply about ‘giving back’, but rather, it is a call, an invitation (da’wah) to an inner quest of spiritual expansion and purification.

This post is dedicated to everyone who made my journey to Afghanistan possible – beginning with my family and friends at home, the TKN Office staff, the host institution, and particularly the individuals who took me in as one of their own and eventually became my Kabuli family.

Sometime in the last few weeks, it dawned on me that my TKN experience had taken me soaring through each of the Seven Valleys described in Farid ud-Din Attar’s magnificent poem, The Conference of the Birds. Composed in the 12th century, Attar’s words encompass essential truths that continue to reverberate into the present era. The search for Simorgh is no longer just a mythical allegory, but rather, it is a mystical experience – available for those who seek such a quest…

“Why should I sign up for Time and Knowledge Nazrana? Mom, I have nothing to offer; I’m still in college.”

“Today, you may feel like you have nothing. But in time, you will have completed your first-world education and that will enable you to give of your time and knowledge,” she replied. “When your grandparents moved to Karachi due to the 1947 war, they arrived with very little. Hazar Imam’s institutions provided everything: housing, healthcare, and education. So many volunteers must have come forward to help our families transition from being refugees to becoming residents in Pakistan. So many volunteers had a hand in creating this life of luxury for you – one day, the world will need a hand from you and it is our wish that you welcome such an opportunity. Be sure to fill out your TKN niyat form tonight, so you can submit it before you leave for Boston tomorrow.”

The desire to give was still only loosely planted in my mind during the Golden Jubilee Didar in Chicago. It had been a troubling academic year since I was graduating college a year early, but was still terrified of stepping into the real world. “Gone are the chances for me to spend a summer volunteering in some foreign country,” I thought. “That’s what students spend their time doing. I, on the other hand, will soon be an adult and will have no time for such lofty goals.”

Everything familiar was swiftly slipping away – classes, friends, relationships, home and family – setting the scene for the birth of my individual identity. Feelings of loneliness gripped my heart in every free moment…until I learned how to love myself. I found within me the source of all that I needed, whether it was love, comfort, security, or guidance.

“Aren’t you scared?” asked a friend.

“Scared of what?” I replied.

“Scared of getting hurt, of not coming back…scared of…you know…losing your life?”

“Why would I be scared? I can’t think of a more honorable, more nobler death than when one is in the service of humanity. Can you?”

I wasn’t always that brave about living alone and away. In fact, I was homesick for the entire time I attended Babson College in Boston. The opportunity to fulfill my Time and Knowledge Nazrana presented itself only 18 months after graduation. But in that time, I had found within myself a world of fearless solitude.

When I received the call to interview for the voluntary position at a children’s hospital in Kabul, Afghanistan, I instinctively said, “Yes.” There was no thinking involved, and certainly no hesitation or fear. Instead, there was a solemn joy unlike anything else I had encountered before.

In the weeks that followed, I signed the TKN contract, appointed beneficiaries for my life insurance policy, and drew up my will, which read:

“In the event that my soul decides to jettison my physical body, I would like my family to use the funds in my bank accounts to arrange for a healthy and celebratory meal to be shared among family and friends in Chicago, IL and Westport, CT after the burial ceremony.”

Love is…painful. And it is not meant for the weak-hearted.

I remember the filthy, putrid odor permanently surrounding the families in the corridors was so unbearable that I would hold my breath and race to my office on the second floor. Only after reaching a safe breathing zone would I allow myself to inhale again. As soon as I settled in and began working, I would plug my ears to avoid hearing the children crying. I would try to forget that I was working in a hospital, surrounded by sick and destitute children.

After the first few weeks, I could no longer make eye contact with the parents of the malnourished, unkempt, and often physically deformed children. The painful tremors within my heart left me feeling paralyzed and powerless. I felt utterly useless. What good was my world-class Babson education valued at $200,000, if I could do nothing to support human life?

I searched for ways to barricade the pain, but it was spreading everywhere. It gnawed at my confidence until I could no longer stay afloat amidst the emotional turbulence. The world felt like it was closing in on me.

I couldn’t even identify with my reflection in the mirror. Having to wear an entirely foreign identity – everything from clothes, food, language and even social norms – I felt stripped of my real identity. My mind frantically searched for something permanent to lay my heart on. I craved familiarity and security.

I looked fine on the outside, but I was screaming inside. Who could I rely on? Who was watching out for me? Why didn’t anyone care? After 16 consecutive weeks in Kabul, I feared the loss of my sanity. I felt trapped, abandoned, and forgotten.

Suddenly, a moment of truth emerged.

My soul seemed to beckon, “Is it I your eyes are seeking?”

“Yes,” I said, “Yes, it is you! You are the only constant, life-affirming, link to eternity. And through you, I can detach from all that rises and sets.”

In that moment, truth witnessed a momentary death of my self-preserving ego. The knowledge of my soul released me from my worldly fear of abandonment.

“This isn’t your real life. Remember who you are and why you are here. Think of your ultimate destination,” my soul reminded me every morning. With this thought, I was able to center myself and resume work with even greater clarity than before. And serenity followed soon after.

Through the palpable presence of my soul, I felt at peace with how things were in that moment. For the first time in my life, I felt the Absolute working through me.

I realized that if the Absolute was working through me, then He must also be working through everyone else. My sense of self expanded to include not only my world back at home, but also the people of Kabul, of Afghanistan, of the planet. Lines of separation were no longer distinguishable. I had become a global citizen – identifying with people and stories from every part of the world, finding within each of them, a piece of myself.

I spent hours every day rewinding and replaying the experiences from Afghanistan in my mind as if I was searching for my lost self amidst my own story. My surroundings were familiar, but the feelings they invoked were not. In an effort to help me readjust to life in Chicago again, my parents urged me to look into graduate school.

“Why do you want me to go to graduate school?” I asked.

“So you can earn a second degree, and secure your future. We want you to have a house of your own, upgrade your car, and have the financial means to live a comfortable life.”

Overwhelmed by their expectations, there was nothing I could have done except allow the tears to form and flow down my cheeks. The silence between us allowed me to gather the courage I needed before speaking again.

I paused to let them imagine the scene I couldn’t delete from my mind.

”How can I forget everything I’ve witnessed? How can I go on to graduate school and spend another $100,000 just so I can have a chance at a secure future? How can I forget that I’ve been so blessed? You’ve always taught me that these blessings come with responsibility – responsibility to care for those less fortunate. How can I plan a future that doesn’t include the people on the other side of the world?”

When Hazar Imam conveys his deep gratitude for the Time and Knowledge Nazrana, my heart is put to shame by his humility and love. He profusely thanks us for sharing what we mistakenly believe to be ours – time and knowledge – both of which are simply entrusted to us.

Anything worthy of giving can only belong to the Absolute, and He gives – when, where, to whom and through whom, as He so wills. The time and knowledge that were made available were never mine to begin with. The choice and courage to journey to Afghanistan were not mine either. And thus, the praise and pride resulting from the quest could not be attributed to me – for this is the meaning of real poverty: the soul of each person must be “poor” like an empty vessel, through which the Absolute bestows His time and knowledge to humanity.