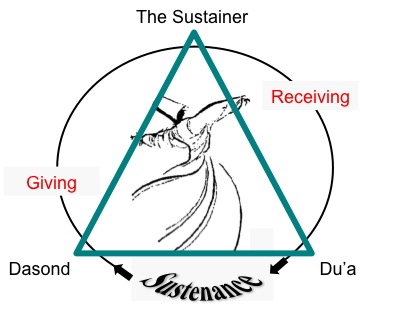 Chandraat has always been about checks and balances. My mother would open her accounting log and record my parents’ earnings, deduct the amount for Dasond, and then distribute individual allowances.

If it was the Chandraat after Bakra Eid, then my brother and I would emulate my mom’s accounting practice, each setting aside $12.50 for Dasond and filling out deposit slips for the remaining $87.50. For me, giving Dasond was a joyful dance of gratitude, as it provided an opportunity for me to share the wealth and spend in the way of my Lord.

Du’a and Dasond are both obligatory and inseparable in the Ismaili Tariqah of Islam. Together they constitute the Cycle of Sustenance in the physical world. One without the other is simply incomplete.

Du’a, symbolized by the Whirling Dervish’s upward-facing right palm, is a spiritual gesture to ask for and receive sustenance from the Sustainer of the Worlds. Dasond – the sharing and thus, multiplying of one’s blessings – is symbolized by the Whirling Dervish’s downward-facing left palm. Blessings are bestowed from above with the responsibility to care for others, particularly those less fortunate than oneself. In this way, the Cycle of Sustenance maintains its rhythm of flow from above to below, beginning to end.

Dasond also works to acknowledge and thank the unseen and often unknown forces that enable one to earn an income and sustain his/her livelihood. As I submit my Dasond, I often think of Mother Earth, upon which our moving, breathing life exists. Her rich soil, nourishing rains, sweet fruits and endless harvests provide for our bodies every single day. When do we take a moment to offer gratitude for all that we’re blessed with?

Shri Krishna, in the Bhagavad Gita, teaches us about the Cycle of Sustenance:

Think of the gods, that the gods may think of you! Ask that ye may receive! He who receiveth the gifts of the gods, and faileth to accord to them his thought and recognition is like unto a thief.

He who profiteth by the turn of the wheel, at every moment of his life, yet refuseth to touch his hand to it to impart motion, is a shirker of tasks and a thief who takes, giving nothing in return. -Bhagavad Gita, Part III

Earning an income is how one profits by the turn of the wheel. Thus, submitting Dasond is taking part in the “turning of the wheel” and thereby recognizing the favors bestowed upon him/her while simultaneously fulfilling one’s natural duty.

After submitting my Dasond on Chandraat, I feel lighter and cosmically balanced. For me, it is still that joyful dance of gratitude – but now it also celebrates the marriage of work and worship, earning and sharing, transcendence and immanence. I feel aligned with the natural rhythm of life and in sync with the Absolute. 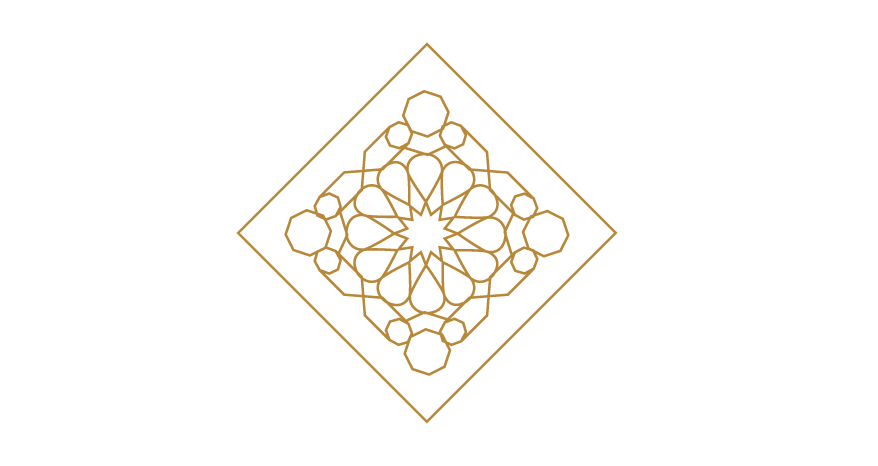